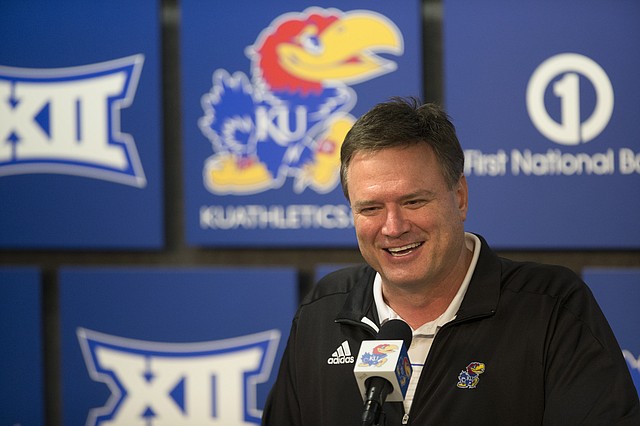 KU draws Austin Peay in Des Moines; 'Now is where it counts the most'

Kansas University’s basketball team enters the 2016 NCAA Tournament as the best team in the country as deemed by AP and USA Today pollsters and 10 esteemed tourney committee members. After processing all sorts of numbers the last five days, the committee on Sunday selected KU as the No. 1 overall seed in the 68-team field. By Gary Bedore

When I looked at the bracket, the first two things I noticed were that No. 2 seed Oklahoma and No. 4 seed Duke, both in the West region, were given easier roads than Kansas to the Final Four. I still like KU’s chances better than theirs, but its seems KU drew the short straw. By Tom Keegan