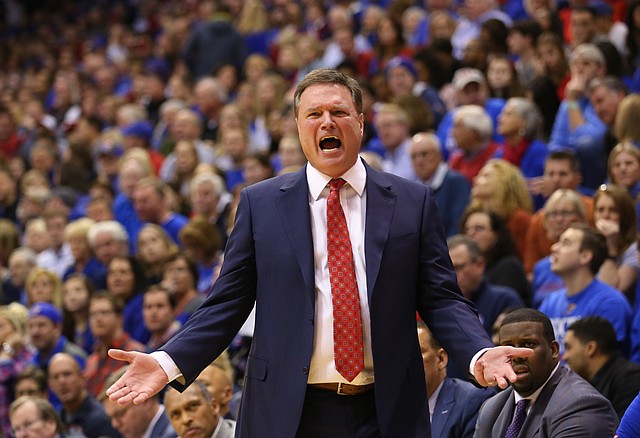 Kansas basketball coach Bill Self's recent assessment of his team's slow start to the 2016-17 practice schedule sounded a little like the breakdown he gave his teams in the recent past. By Matt Tait

Fake outrage rages louder than ever in sports, so let me share some phony fury with you. Pretend all the letters are upper case, so you can hear me shout. By Tom Keegan

Stepping out of conference fine with Self

Kansas University basketball coach Bill Self has said that, in a perfect world, the one-day Big 12/SEC Challenge would be held in December, prior to the start of conference play rather than on Jan. 30.

With its 76-67 victory over Texas on Saturday, Kansas University’s basketball team now has won 200 games and lost nine in Allen Fieldhouse in Bill Self’s 13 years as head coach. By Gary Bedore