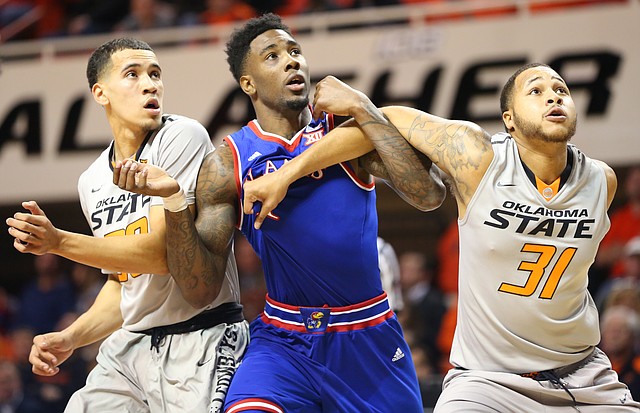 Former Kansas forward Jamari Traylor’s run with Indiana’s summer league team came to a close Friday in Orlando. Traylor, a 6-foot-8, 220-pound backup big for the Pacers during the past week, played a personal-high 21 minutes in an 85-72 win over the Magic’s Blue squad.

If nicknames were handed out to athletes based on the most common words their coaches used to describe them, Kansas University senior Jamari Traylor would be known as The Spark. By Matt Tait

That hybrid sport that blended basketball and rugby known as college basketball is shrinking in the rear-view mirror. By Tom Keegan