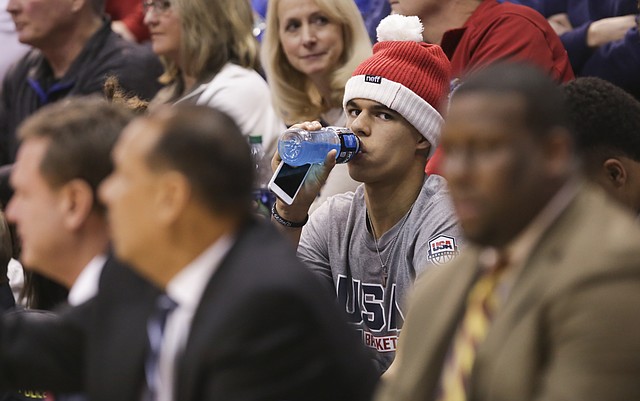 Michael Porter, a 6-8 junior from Tolton Catholic in Columbia, Missouri, scored 35 points and grabbed 22 rebounds in Saturday’s 58-53 victory over Blue Valley Northwest at the Best of the Midwest Showcase at Johnson County Community College. Earlier in the day, the No. 3-rated player in the Class of 2017 attended the Kansas University-TCU game.