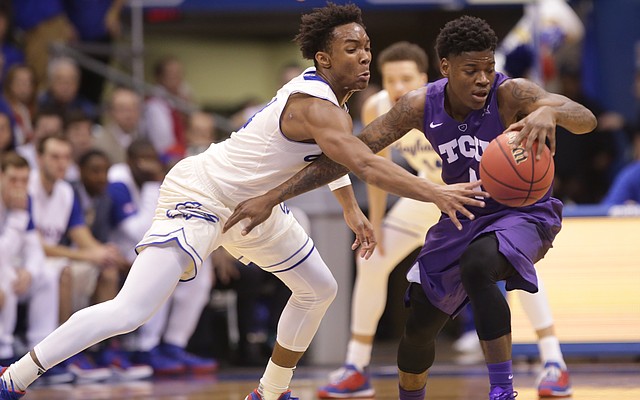 Kansas guard Devonte' Graham (4) reaches for an attempted steal from TCU guard Chauncey Collins (1) during the first half, Saturday, Jan. 16, 2016 at Allen Fieldhouse.