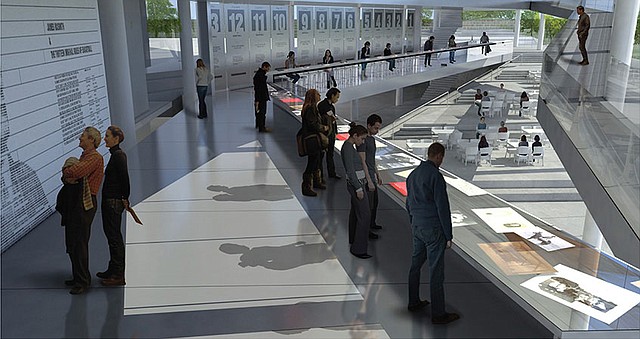 James Naismith’s original rules of "Basket Ball” now have a home at Kansas University — right down to the nook they’ll rest in — but there’s a lot of finishing touches yet to complete. The target opening date for the DeBruce Center, being constructed adjacent to Allen Fieldhouse, is now mid to late April.