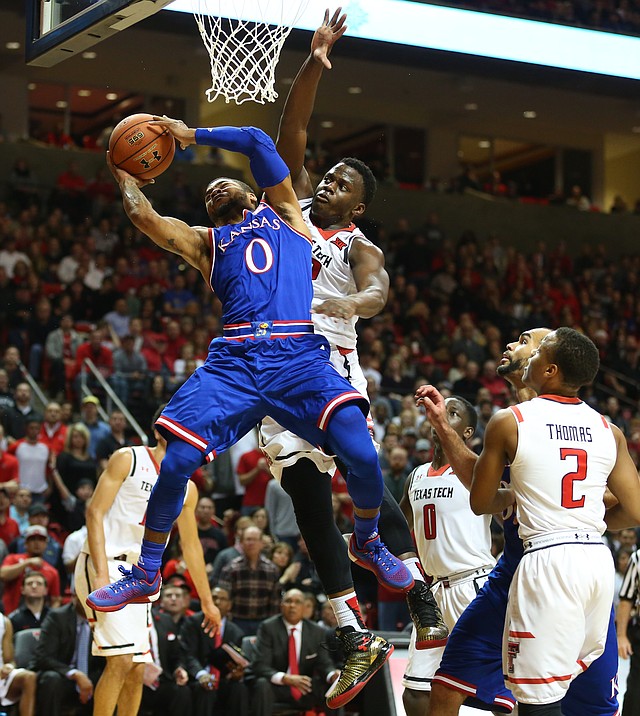 Kansas guard Frank Mason III (0) is fouled on his way up to the bucket by Texas Tech center Norense Odiase (32) during the first half, Saturday, Jan. 9, 2016 at United Spirit Arena in Lubbock, Texas.

Kansas University junior Wayne Selden Jr., who has experienced two losses the past two seasons at energized WVU Coliseum, knows what it will take to finally beat the No. 11-ranked Mountaineers (14-1, 3-0) in their 14,000-seat arena. “Just taking care of the ball, letting Frank (Mason III) and Devonté (Graham) take care of all that,” Selden said with a smile, fully aware all members of KU’s No. 1-ranked team (14-1, 3-0) must secure the ball against a squad that is ranked third in the country in steals (170 in 15 games, trailing only Omaha and Gardner-Webb) after leading the nation in thefts in 2014-15. By Gary Bedore

The thrill is gone: KU proves it can win ugly, too