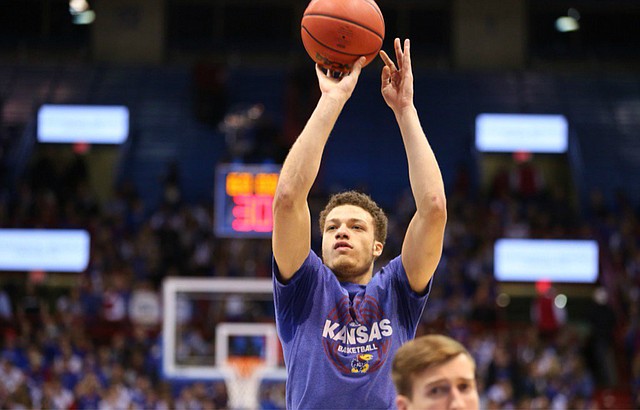 Brannen Greene on Sunday was drafted No. 7 overall by Delaware in the first round of the NBA’s Developmental League draft, a six-round, 126-selection preseason event. By Matt Tait

Brannen Greene, a 49 percent three-point marksman (31 of 63) in limited duty his junior season at Kansas University, on Wednesday said he would forgo his senior campaign to enter the 2016 NBA Draft.