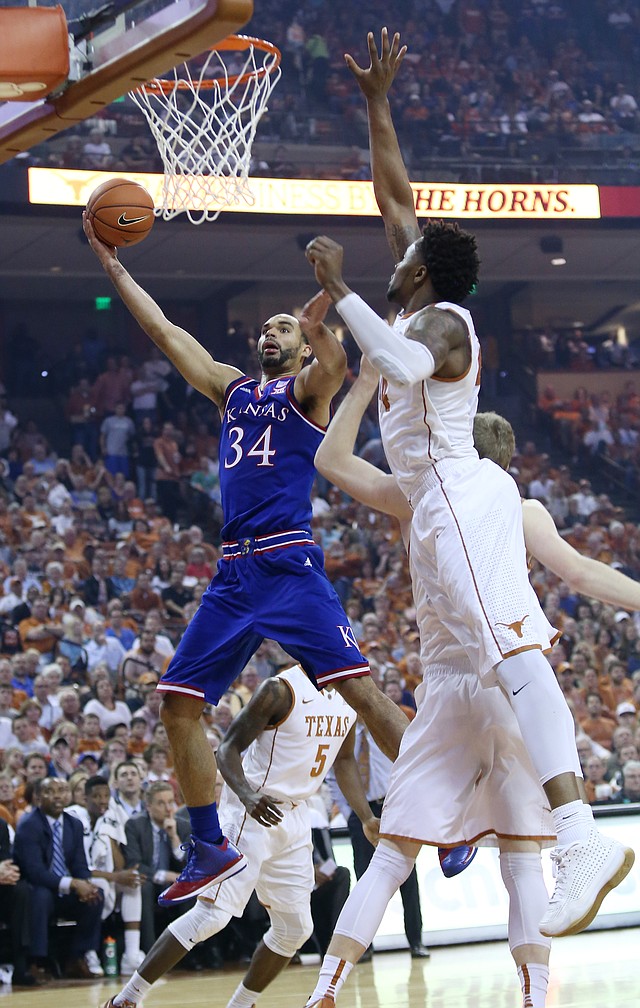 A day after capping his final regular season in a Kansas basketball uniform in style with a Senior Day victory, Perry Ellis’ weekend kept getting better, with the announcement he made the All-Big 12 First Team.

Hours before his team sealed the championship outright with an 86-56 drubbing at Texas, Kansas University basketball coach Bill Self on the Big 12 teleconference was asked if KU’s 12 straight titles reflects badly on the rest of the league. By Gary Bedore