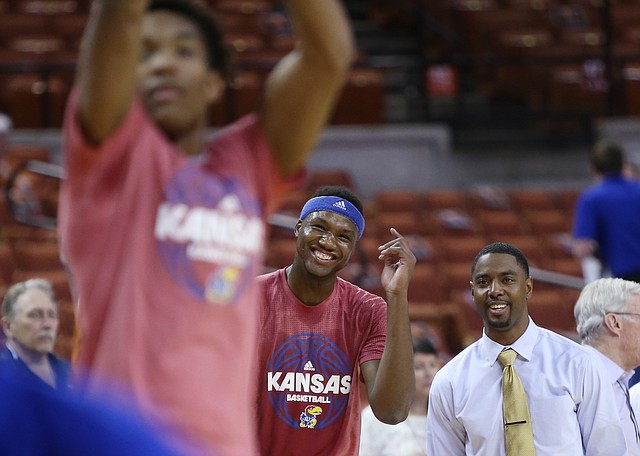 Two years after leaving his job at Kansas to advance in the coaching ranks, former KU point guard Aaron Miles is poised to become a head coach. By Matt Tait

Like Kansas University’s current basketball players, Aaron Miles played in a huge NCAA Tournament game against Maryland. “No bueno,” Miles said with a smile, referring to KU’s 97-88 Final Four semifinal loss to the Terps on March 30, 2002 in Atlanta. By Gary Bedore