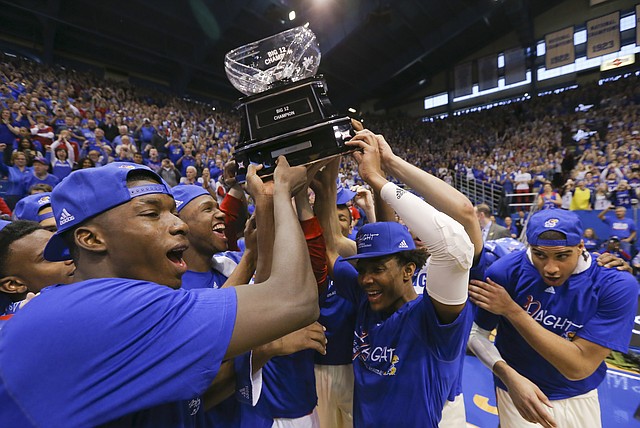 The Kansas men’s basketball team was a unanimous choice by the Big 12 Conference coaches to repeat as Big 12 champions for the 13th season in a row. That and other notes and nuggets from KU Basketball media day on Thursday, Oct. 13, 2016 at Allen Fieldhouse.By Matt Tait

To the delight of 16,300 fans who remained in their seats after the final buzzer sounded in KU’s 67-58 league-title clinching victory over the Red Raiders, members of Bill Self’s first league-title team at KU celebrated with the players who’d just assured the program’s 12th conference crown in a row. By Gary Bedore

Do they give out another trophy when there is a co champion?