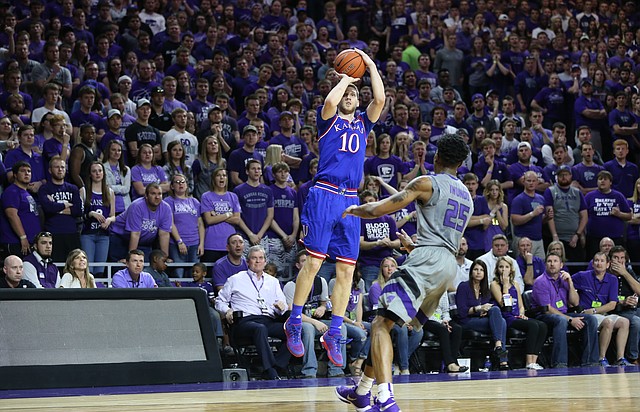 Kansas guard Sviatoslav Mykhailiuk (10) puts up a three before Kansas State forward Wesley Iwundu (25) during the first half, Saturday, Feb. 20, 2016 at Bramlage Coliseum in Manhattan, Kan.

Jayhawks well aware of hostile environment that awaits in Manhattan

The Kansas upperclassmen know exactly what awaits them tonight in hostile Bramlage Coliseum. By Matt Tait

Mykhailiuk reveals on Twitter he's coming back for junior season