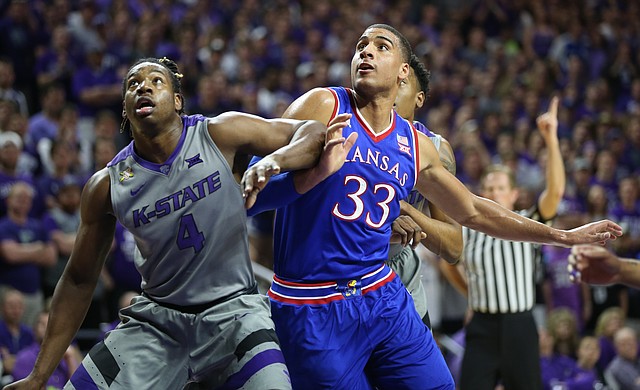 Because of eighth-seeded Kansas State's 75-71 victory over ninth-seeded Oklahoma State in the opening game of the Big 12 championship, the Kansas University men's basketball team will have to take down its rival from the west for a third time this season to move on in the Big 12 Conference's postseason tournament.