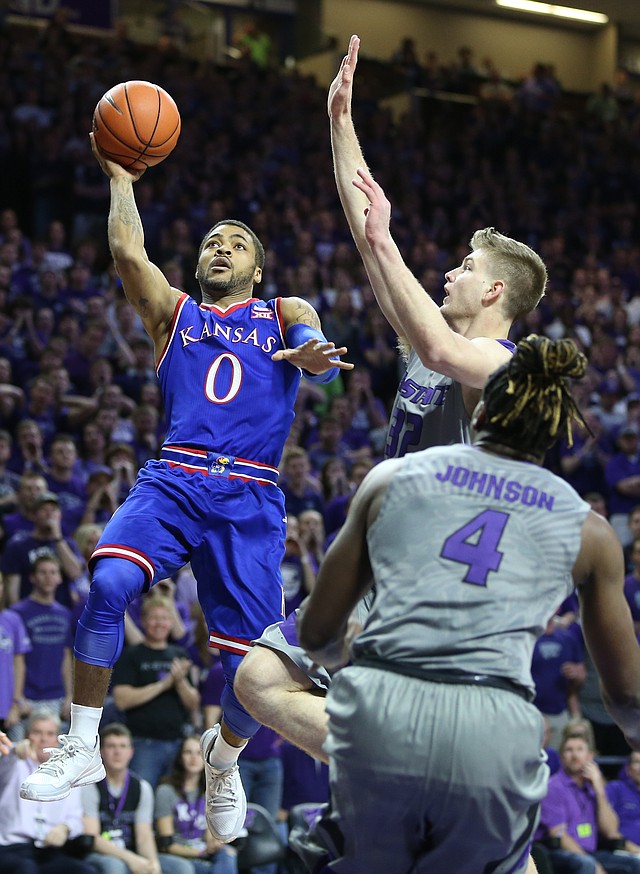 Fearless Frank Mason III, Kansas University’s 5-foot-11, 185-pound junior point guard from Petersburg, Va., is one tough competitor. Consequently, we might never know to what extent his sore left elbow was bothering and what else was nagging at him during an eight-game stretch during which he just wasn’t the same. By Tom Keegan

Frank Mason III had 16 points and five assists in 33 minutes with just one turnover as Kansas won at rival Kansas State’s Bramlage Coliseum, 72-63, on Saturday.

Just wow...great shot after great shot...are you a Nikon or Canon guy?