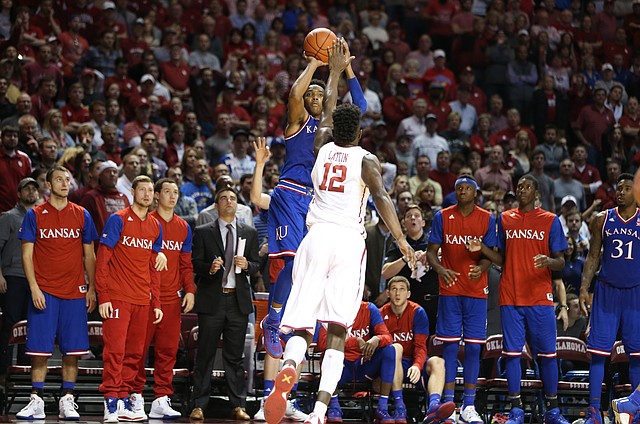 Game day Breakdown: No. 5 KU basketball at No. 12 Oklahoma

A look at some of the keys for fifth-ranked Kansas in tonight's 6 p.m. showdown with freshman sensation Trae Young and No. 12 Oklahoma at Lloyd Noble Center in Norman, Oklahoma. By Matt Tait

Devonté Graham does it all as KU wins at Oklahoma

Bill Self playfully fired a left jab at Devonté Graham’s upper chest before Kansas University’s sophomore guard — the man who dealt a knockout blow to Oklahoma on Saturday in Lloyd Noble Center — began his post-game interview with ESPN’s Shannon Spake. “He said, ‘Good game, way to play,’’’ Graham, a 6-foot-2, 175-pounder from Raleigh, N.C., said of praise showered upon him by KU coach Self after Graham’s career-high 27-point effort. By Gary Bedore