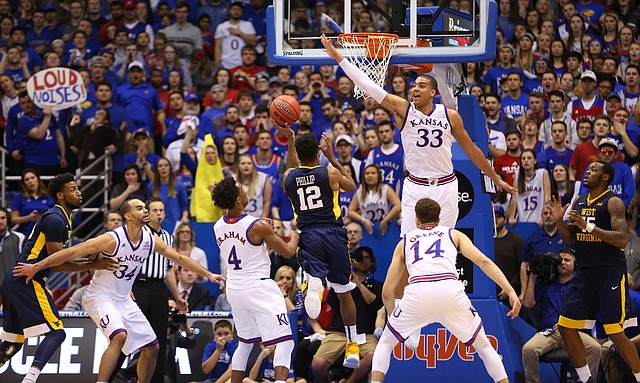 Tom Keegan: Jayhawks resolve to make the most of chances

Baylor standout forward Taurean Prince took the question head on and spit out the truth in concise fashion.

Big week vaults Jayhawks to No. 2 in latest AP Top 25

The Kansas basketball team went 2-0 in its most challenging week of the season so far, and the Associated Press moved the Jayhawks from No. 6 to No. 2 in the latest AP Top 25.

Known mostly as a role player filling a defensive niche at KU’s 5 spot, Landen Lucas made his presence felt on that end of the floor, finishing with 16 rebounds and 4 blocks in 29 minutes, but also contributed on offense more than he normally does, adding 9 points on 4-of-5 shooting and No. 6 Kansas knocked off No. 10 WVU, 75-65. By Matt Tait