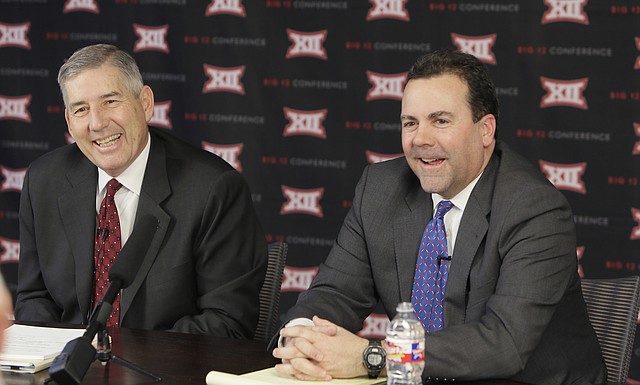 Should KU be worried about getting dumped from a Power 5 Conference? The financial stakes are huge

“Power” may not be a strong enough word to describe the financial benefits of being a member of a Power 5 Conference.

Kansas athletic director Sheahon Zenger, who took over for Lew Perkins in early 2011 recently received a contract extension through June of 2021 from outgoing chancellor Bernadette Gray-Little. By Matt Tait

Tom Keegan: If Big 12 expands, Florida is the place

The smart money says that status quo will prevail at expansion discussions among Big 12 presidents/chancellors and athletic directors next week in Dallas.