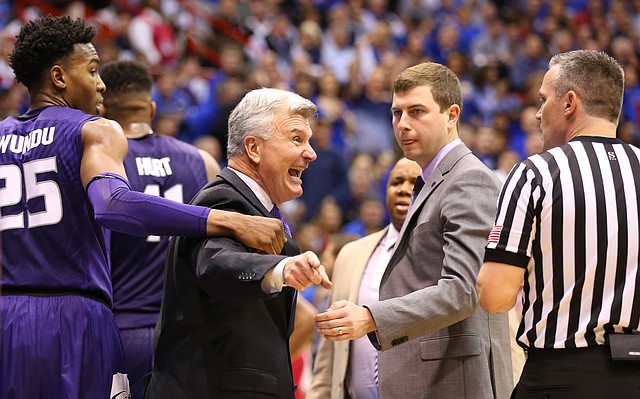 Several hours after knocking off Oklahoma State at home on Wednesday night, Kansas State basketball coach Bruce Weber found himself still awake, staring intently at game film from two losses to Kansas a season ago instead of the box score from the Wildcats' latest win. By Matt Tait

Kansas State coach Bruce Weber told himself before Wednesday’s Sunflower Showdown at Allen Fieldhouse that he was not going to let the calls by the officials get him barking from the sideline. And, for the most part, the fourth-year K-State coach avoided any outbursts during a 77-59 loss to No. 7 Kansas, which both Weber and a couple of his players said they thought was much closer than the final score indicated. By Matt Tait