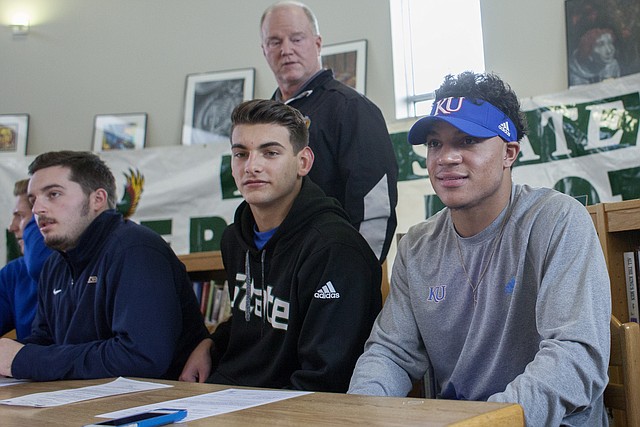 In the months following Bryce Torneden’s oral commitment to play football at North Dakota State, one of the Free State High senior’s closest teammates, Sam Skwarlo, stayed in his ear about the possibility of playing for their hometown program, Kansas University, instead.