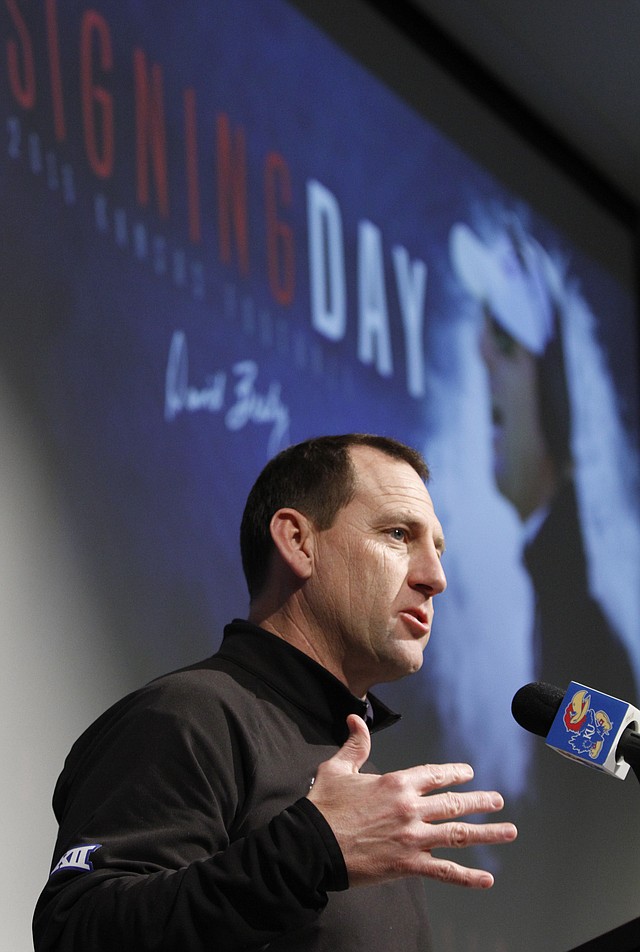 Sheahon Zenger hired David Beaty in part because he is well-connected in Texas, where he won a high school state championship as a head coach in the Dallas area, worked at Rice and Texas A&M as an assistant and brought with him a reputation as a strong recruiter.

Beaty enthusiastic about Class of ’16

David Beaty’s second recruiting class as Kansas University football coach might have been a few bodies light, but what it lacked in numbers, Beaty made up for in enthusiasm. By Matt Tait