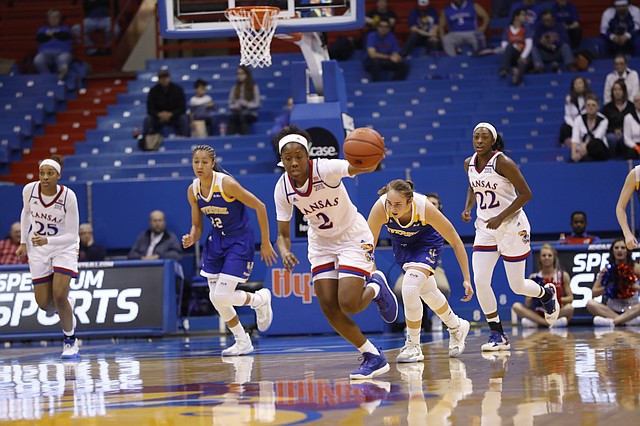 After not playing for the sixth time in eight games in Friday night’s season finale, a 79-75 loss to Oklahoma State in the Big 12 women’s basketball tournament, Kansas sophomore guard McKenzie Calvert discussed with two reporters a Dec. 9 incident that led to KU men’s player Josh Jackson being charged with misdemeanor criminal damage to her car.

With 12 lead changes in the second half against UC-Riverside on Wednesday, the Kansas women’s basketball team kept turning to sophomore McKenzie Calvert.