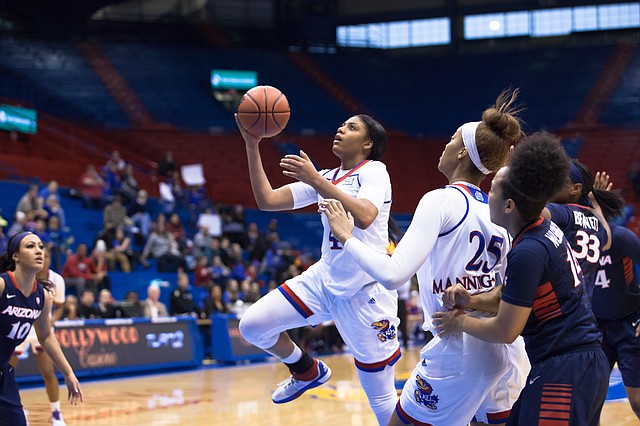 Kansas' Jada Brown goes up for the layup during the Jayhawks' 75-51 victory over Arizona on Saturday, Dec. 17, 2016, in Allen Fieldhouse.

The Kansas women's basketball team will compete against UC Riverside today at 7 p.m.

Down by double-digits midway through the third quarter, Arizona guard Malena Washington decided to let the ball roll in front of her as she walked up the court, waiting until the last possible second to pick it up in attempt to savor the clock.