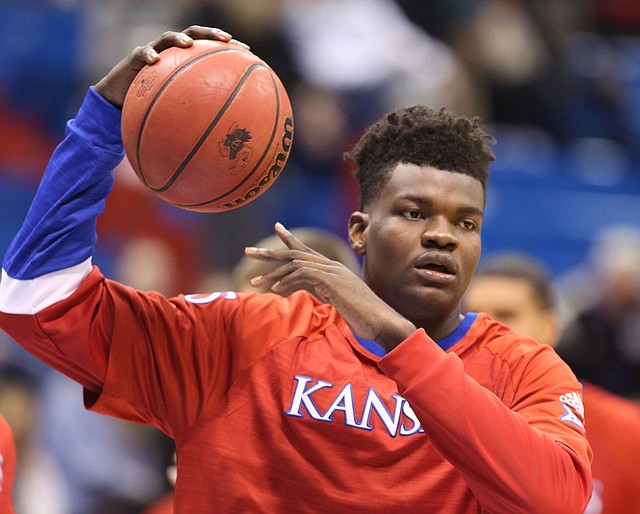 KU sophomore Udoka Azubuike was one of 19 current college players invited last weekend to an Elite Student-Athlete Symposium in Indianapolis designed to give draft-eligible athletes a better and closer look at life in the NBA and the things they must consider before making the decision whether to turn pro early or stay in school. By Matt Tait

Kansas center Udoka Azubuike’s recovery from the wrist injury that cost him the final three months and 25 games of the 2016-17 season remains in good shape. By Matt Tait

Kansas freshman Udoka Azubuike, who suffered a season-ending injury to his left wrist last December, took another step toward recovery on Tuesday. By Matt Tait

The depth in an already thin Kansas basketball frontcourt became much shallower on Wednesday, when the Jayhawks learned that a wrist injury suffered by 7-foot freshman Udoka Azubuike during Tuesday’s practice will cost the 17-year-old big man the rest of the season. By Matt Tait