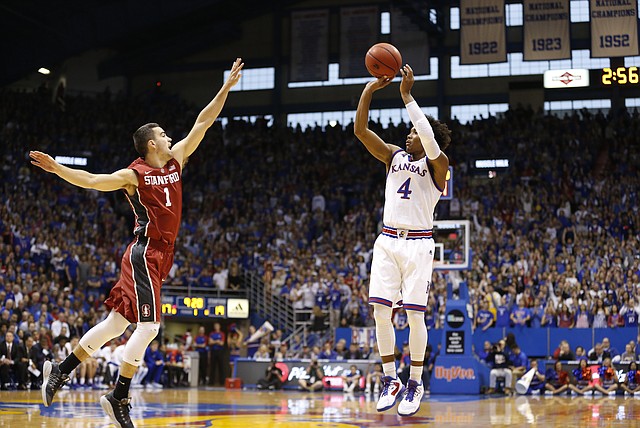 Kansas guard Devonte' Graham (4) pulls up for a three over Stanford guard Christian Sanders (1) during the first half on Saturday, Dec. 3, 2016 at Allen Fieldhouse.

A look at some of the keys for 14th-ranked Kansas in tonight's West Coast clash with Stanford in Sacramento. By Matt Tait

Long before he ever put on a Stanford basketball uniform, Christian Sanders was just a kid in Allen Fieldhouse trying to out-play his fellow campers. By Benton Smith