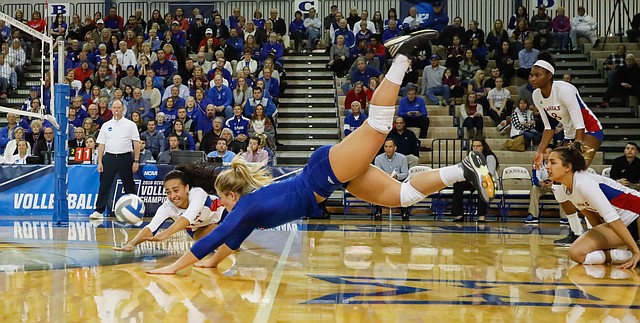 The NCAA volleyball tournament resumes Friday with Sweet 16 matches and without Kansas. Send your letters of thanks for that to members of the selection committee for a job horrendously done.

A lot has transpired in the world since Creighton’s volleyball team faced another one of the nation’s best, Kansas, on a Thursday night in September. So sophomore Bluejays outside hitter Jaali Winters gets a pass for not recalling many of the finer details of the last meeting between the two programs ahead of the rematch — Friday night in the second round of the NCAA Tournament. By Benton Smith