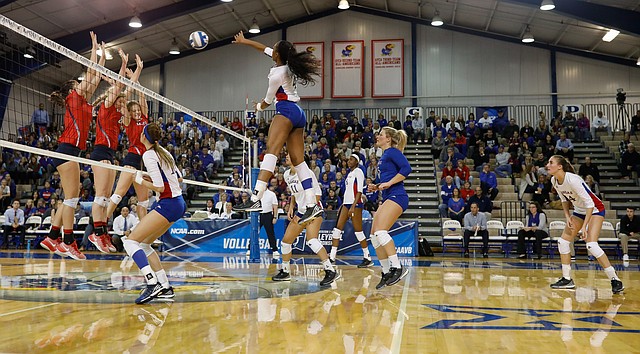 Jayhawks rising ahead of schedule

Ainise Havili, Kelsie Payne and Madison Rigdon were so talented they led Kansas to its first Final Four volleyball appearance as sophomores, when Laura “Bird” Kuhn was named national assistant coach of the year.

The seniors on the Kansas volleyball team are proud of the banners that the Jayhawks have been able to hang over the past two years, but they're not content.