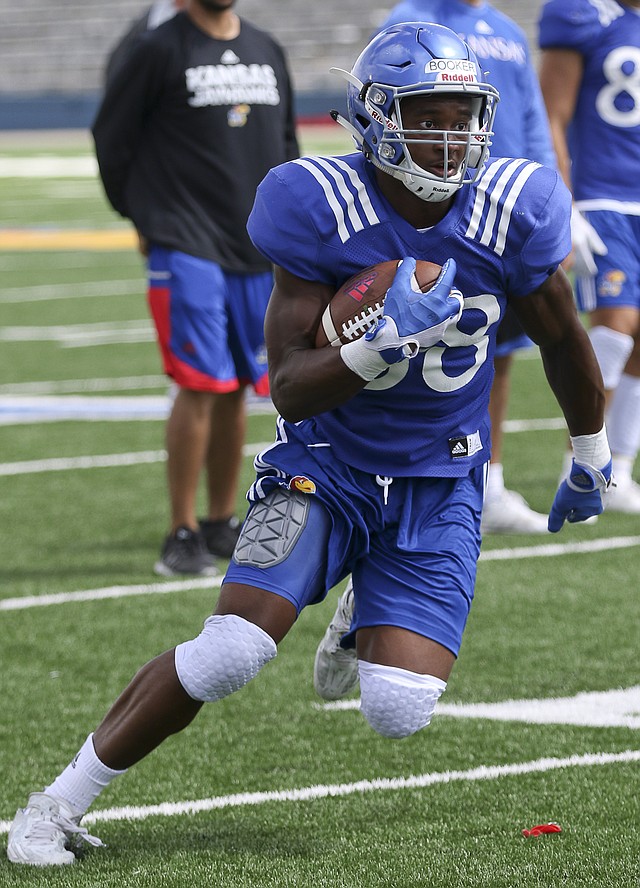 KU passing game could get boost with return of Jeremiah Booker

For all the touchdowns and highlight plays the Kansas football team’s passing attack put together in a season-opening blowout, the Jayhawks might get a boost from another target Saturday against Ohio. By Benton Smith

Every time the Kansas football team plays a home game, head coach David Beaty would like to see Memorial Stadium filled to capacity, with more than 50,000 spectators cramming into the nearly century-old venue. The second-year coach also understands the struggling program has a lot of work to do before that vision comes close to reality. By Benton Smith