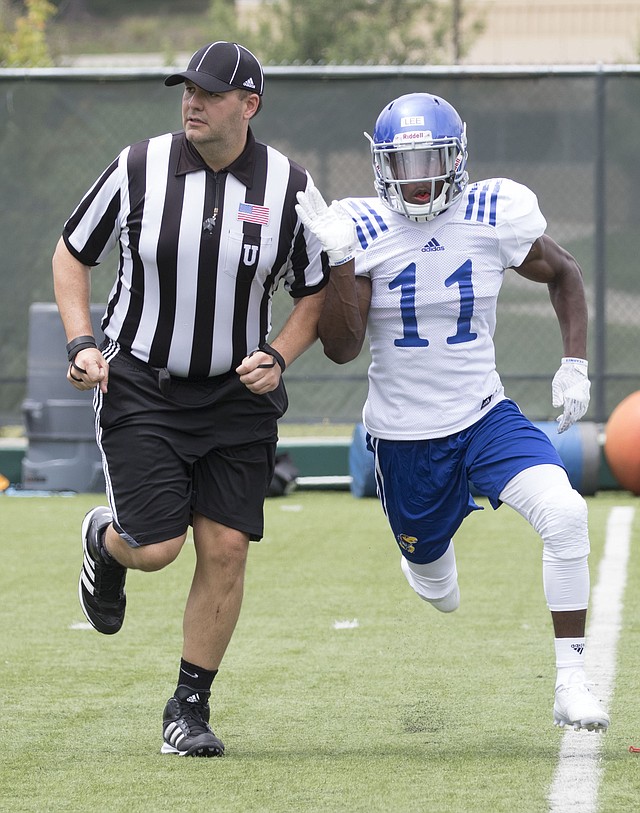 Kansas freshman cornerback Mike Lee slips past a referee as he chases down a play during practice on Aug. 8, 2016.

One of the room’s senior leaders, Brandon Stewart arrived a good half-hour early for a morning cornerbacks meeting at the beginning of preseason camp. But Stewart wasn’t alone. True freshmen Mike Lee, who KU now lists as a safety, and Kyle Mayberry were right there with him, ready to dive in. By Benton Smith