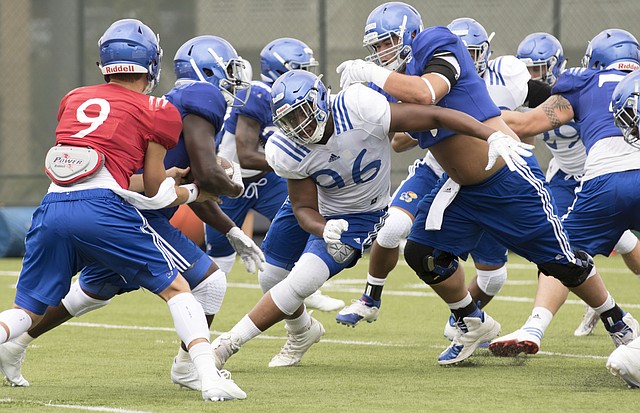 Kansas sophomore defensive tackle Daniel Wise (96) breaks past offensive lineman Joe Gibson and into the backfield to disrupt a running play during practice on Aug. 8, 2016.

Kansas defensive tackle Daniel Wise doesn’t need any encouragement to enjoy himself. His KU football teammates know the lineman as much for his comedic outbursts as his sturdy, 6-foot-3 frame. But coaches say his growth and maturity since arriving in Lawrence have made him a better player. By Benton Smith