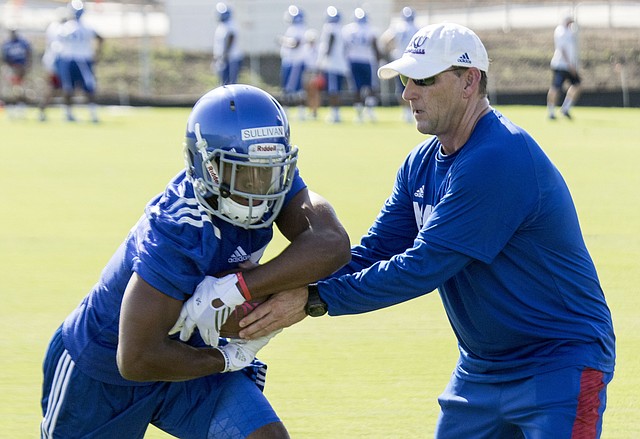 Kansas coach David Beaty hands the ball off to junior running back James Sullivan as they run through drills during practice on Thursday, Aug. 4, 2016.

David Beaty almost found the right solution to the Kansas football program’s main problem. In fact, he only missed by one letter. Beaty hired himself again as offensive coordinator. He should have fired himself as head coach. By Tom Keegan

Jayhawks 'revel in the strain' on Day 1 of football practice

Between the speed demanded of the Jayhawks and the sheer number of Day 1 tests the Kansas football coaches threw their way, second-year head coach David Beaty walked away from the first preseason practice impressed. By Benton Smith