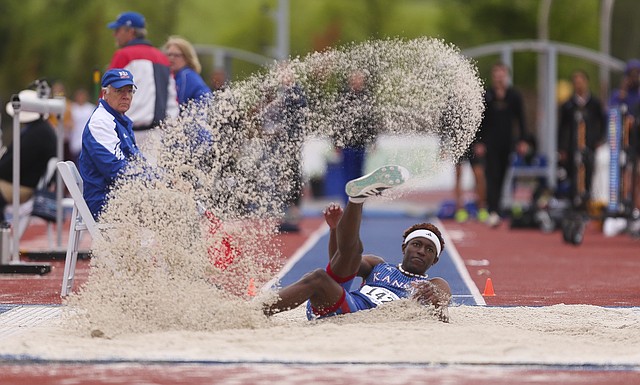 Kansas long jumper Barden Adams kicks up a wave of sand as he lands in the pit after an attempt during the Men's Long Jump event of the Rock Chalk Classic, Saturday, April 30, 2016 at Rock Chalk Park.