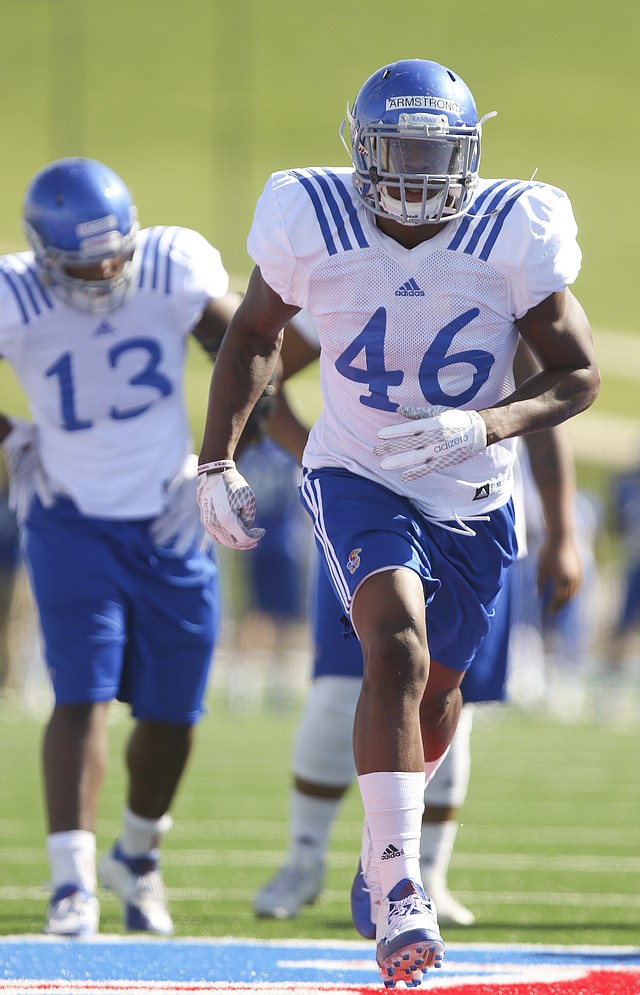 A week after Kansas football coach David Beaty announced standout defensive end Dorance Armstrong Jr. would be kept out of preseason practices as a precaution due to an unspecified leg injury, the sophomore still hasn’t returned to camp activities. By Benton Smith