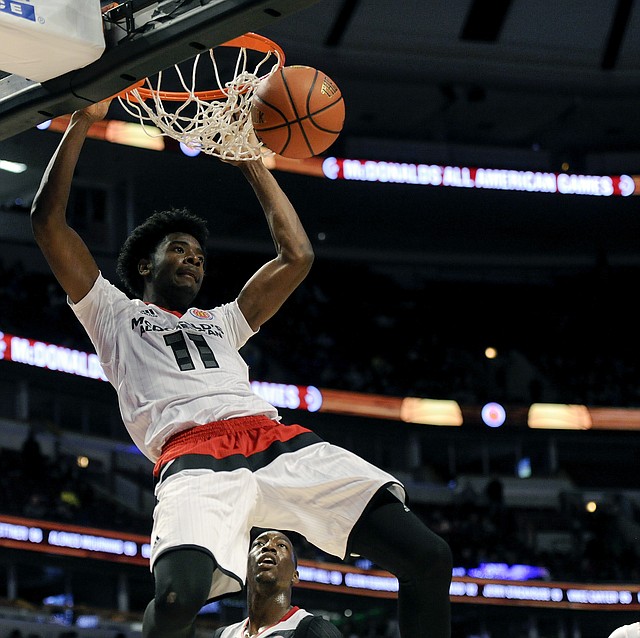 West forward Josh Jackson, from Justin-Siena in Napa, Calif., dunks against the East team during the McDonald's All-American boys basketball game, Wednesday, March 30, 2016, in Chicago. The West beat the East 114-107.

Can KU corral another No. 1-and-done today?

Today, for the second time in four years, Kansas University’s basketball program is in position to land a commitment from the country’s No. 1-rated high school player. By Gary Bedore