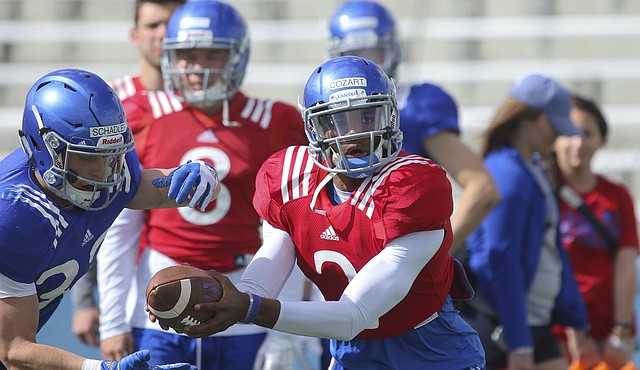 After laying what he deemed an appropriate organizational foundation for Kansas — albeit during an 0-12 debut — in his first season as football coach, David Beaty dove head-first into an expanded offensive role, taking on every responsibility he originally envisioned when he accepted the job. Red-shirt junior quarterback Montell Cozart is glad he did. By Benton Smith

Kansas University quarterbacks Montell Cozart and Deondre Ford on Wednesday received word from the Big 12 Conference that their applications for hardship waivers had been accepted. By Matt Tait