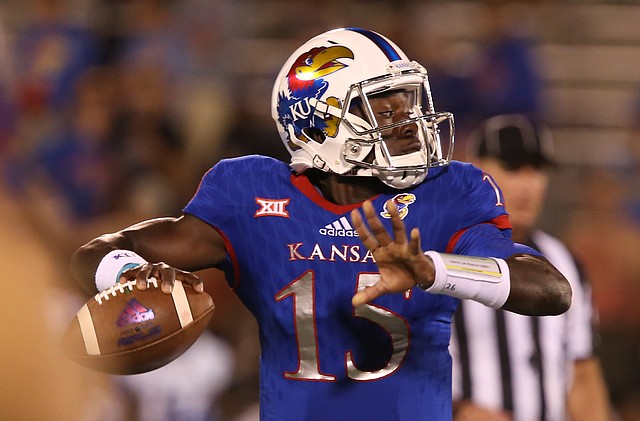 One week after sending true freshman Ryan Willis into the game to relieve starting quarterback Montell Cozart for a couple of plays, Kansas University coach David Beaty went a different direction during Saturday’s 55-23 loss to Memphis at Memorial Stadium. By Matt Tait