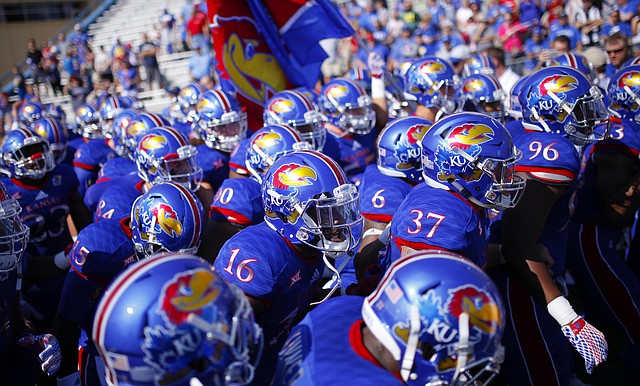 In the moments leading up to kickoff, particularly for a season opener, college football players try to harness any boosts in adrenaline, testosterone and general euphoria that accompany the pre-game buzz. A year ago, in his first game as head coach at Kansas, David Beaty not only saw that first-hand, he had the medical numbers to back it up. By Benton Smith

The Kansas University football team officially announced its 2016 schedule on Tuesday. The Jayhawks will play six games at Memorial Stadium and six on the road.

A gameday breakdown of the Kansas University-Memphis football showdown. By Matt Tait

Column: Early returns not all bad

Once the anger dust settled after Kansas' season-opening football loss, a few exciting signs remained. Not enough to make KU the favorite in any game for the rest of the season, but enough to believe the Jayhawks could compete in a few and play entertaining football in the process. By Tom Keegan