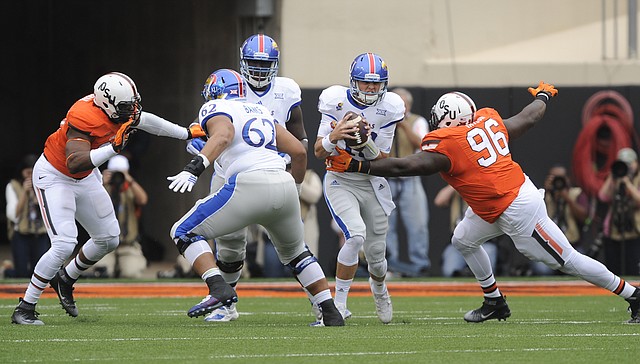 A wave of emotion leading up to kickoff gave way to a sea of orange jerseys swallowing the Kansas University offense during Oklahoma State's 58-10 victory Saturday at Boone Pickens Stadium. By Matt Tait