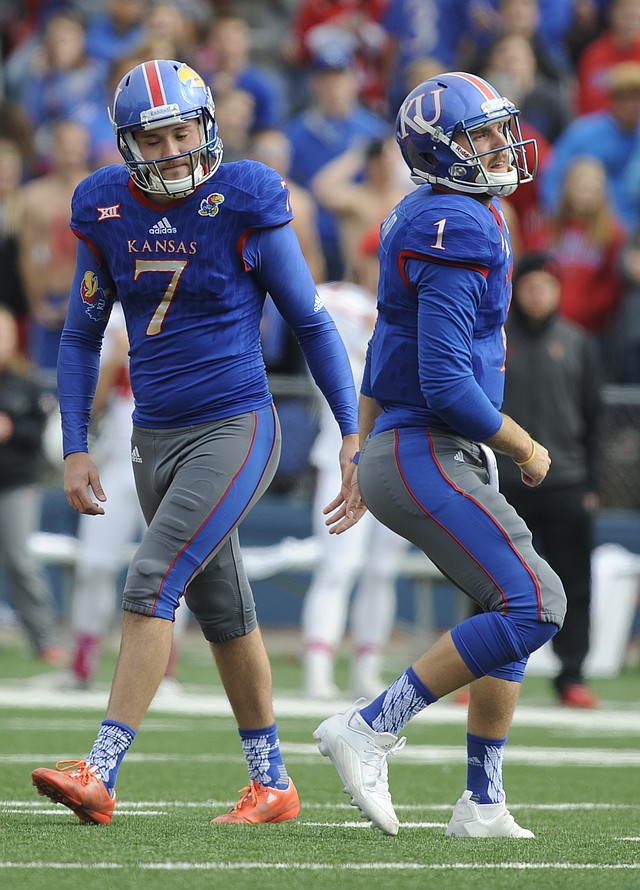 While KU’s season opener is still a couple weeks away, offensive line coach Zach Yenser expects to know as early as this weekend which five Jayhawks he’ll ask to protect sophomore Ryan Willis or red-shirt junior Montell Cozart at quarterback against Rhode Island on Sept. 3. By Benton Smith

The kicking game for Kansas University’s football program has been a point of consternation and experimentation for the past several years, and it continues to be a problem under second-year head coach David Beaty. But help could be on the way. By Matt Tait

Kansas University punter Eric Kahn got one chance to hang on to his starting job during Saturday's 30-20 loss to Texas Tech at Memorial Stadium. And when that kick sailed just 23 yards after KU's second offensive possession of the game, KU coach David Beaty elected to look elsewhere the rest of the way. By Matt Tait