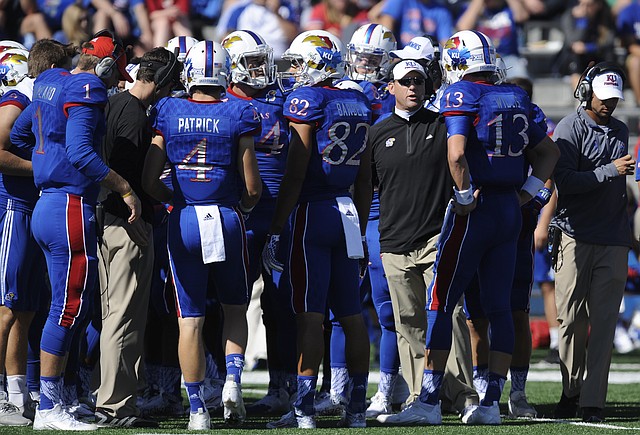 Through his travels up the football coaching ranks, few obligations invigorated KU's David Beaty as much as calling plays for his team’s offense. When he took over as offensive coordinator at Rice, the program experienced significant gains in some key statistical categories. By Benton Smith

For the second week in a row, a fourth-down decision early in the game was a part of Kansas University football coach David Beaty's postgame press conference, following Saturday's 66-7 loss to Baylor at Memorial Stadium. By Matt Tait