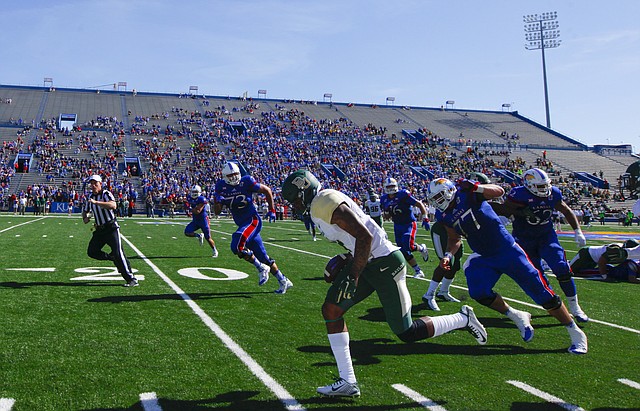 Jayhawks among nation's 10 worst teams according to preseason rankings

CBSSports.com ranked every FBS program in the nation — all 128 of them. Less than a month away from the season opener, the Jayhawks come in near the bottom of the list, at 119th. Or for the glass-half-empty population, 10th worst. By Benton Smith

Baylor offense scores at will in rout of Kansas

The No. 3-ranked Baylor Bears and their merciless offense lived up to their billing Saturday in a 66-7 dismantling of Kansas at Memorial Stadium.