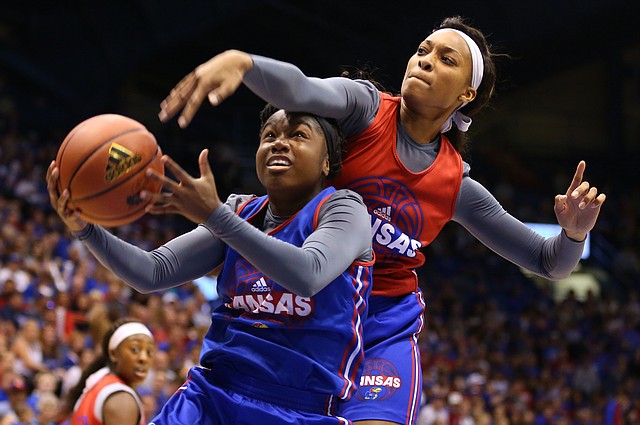 New Kansas University women’s basketball coach Brandon Schneider, while amped up for his first Late Night in the Phog, realized the 12-minute scrimmage his players put on for a packed Allen Fieldhouse wouldn’t exactly give KU fans an accurate preview of what’s to come. By Benton Smith