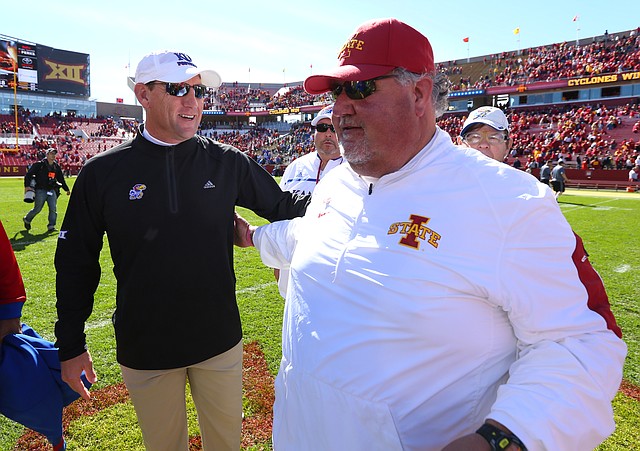 Tom Keegan: Mark Mangino explains why he accepted invitation to return to Memorial Stadium for season-opener

First-year head coach David Beaty had four options from which to choose Saturday early in the second quarter of Kansas University’s 38-13 loss to Iowa State in packed Jack Trice Stadium. The situation called for an aggressive play, not a passive one. By Tom Keegan