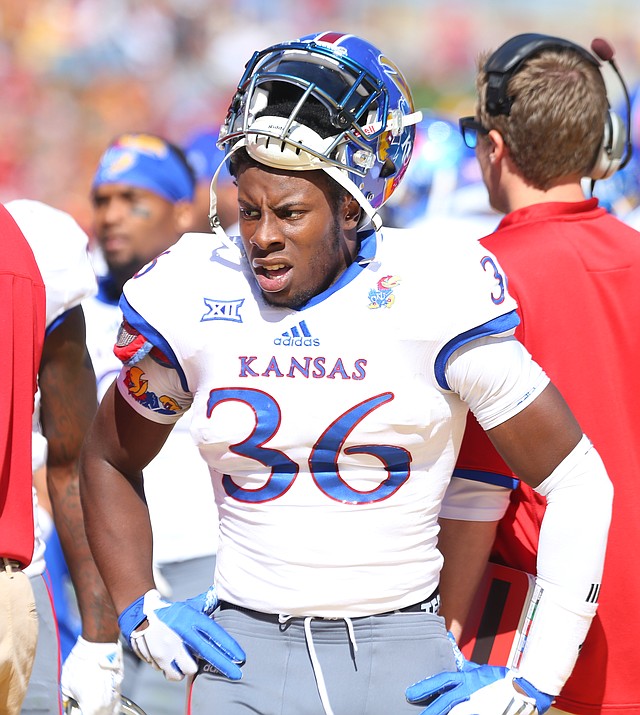 Kansas cornerback Chevy Graham (36) shows his frustration on the sideline as the Jayhawks are forced to punt during the third quarter on Saturday, Oct. 3, 2015 at Jack Trice Stadium in Ames, Iowa.

Jayhawks among nation's 10 worst teams according to preseason rankings

CBSSports.com ranked every FBS program in the nation — all 128 of them. Less than a month away from the season opener, the Jayhawks come in near the bottom of the list, at 119th. Or for the glass-half-empty population, 10th worst. By Benton Smith

Column: Safety Chevy Graham making the most of his chance

Column: Kansas not the worst, but close

In the event Cheick Diallo is cleared to play basketball for Kansas University, the Jayhawks will become fashionable picks for the No. 1 spot in the nation and with good reason. Someone, somewhere will then connect the dots and claim that the school with the nation’s best basketball program also has the worst football team in the Football Bowl Subdivision. By Tom Keegan