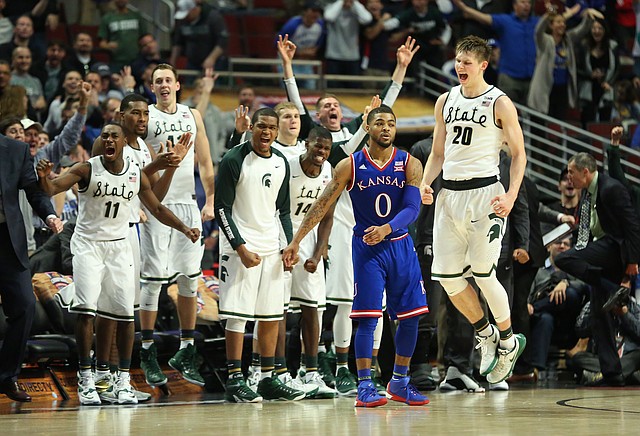 Here's a look at a dozen teams that could win it all once March Madness begins. By Tom Keegan

After controlling most of the game on both ends, the Jayhawks fell victim to the versatile skill set of Michigan State guard Denzel Valentine on Tuesday night.