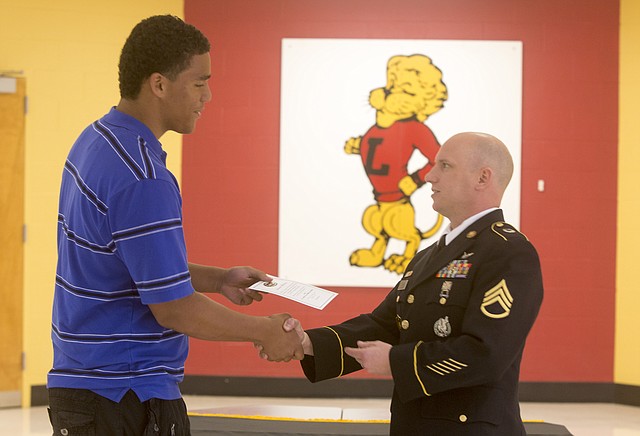 Lawrence High football coach Dirk Wedd has a new nightly routine these days. He picks up his phone to call up lineman Amani Bledsoe and talk about the junior’s schedule for the coming day. By Benton Smith