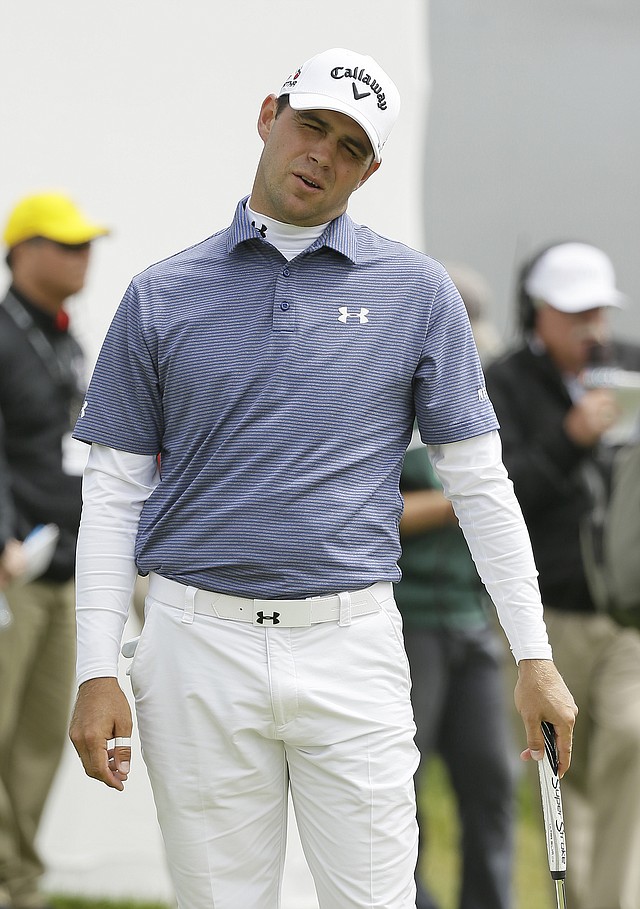 Gary Woodland reacts after making a bogey on the 14th green of TPC Harding Park against Rory McIlroy at the Match Play Championship golf tournament Sunday, May 3, 2015, in San Francisco. McIlroy won the match 4-and-2 to win the tournament. (AP Photo/Eric Risberg)

Rory McIlroy didn't need another comeback to win the Match Play Championship. Three times in the last three days, McIlroy had to rally from a late deficit to reach the championship match Sunday at TPC Harding Park. He removed any suspense by winning four straight holes against an errant Gary Woodland and never looked back.