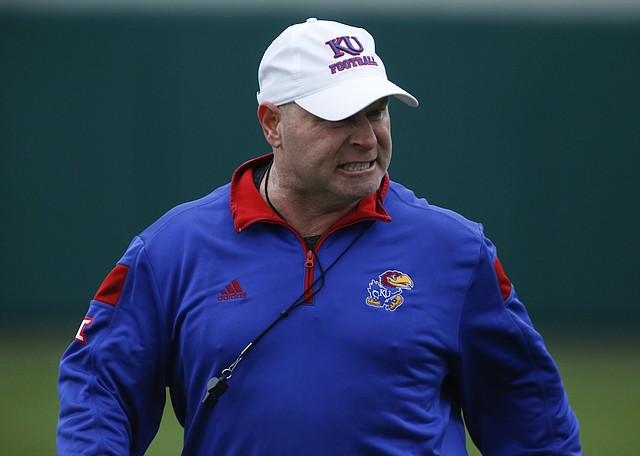 Kansas co-defensive coordinator and cornerbacks coach Kenny Perry grits his teeth as he prepares to give some criticism during spring practice on Tuesday, March 24, 2015.

Both starting safeties are gone, as are cornerbacks JaCorey Shepherd and Dexter McDonald, both potential NFL draft picks. And a pile of fast-paced Big 12 football offenses will be eager to run up scores to impress the selection committee that chooses the four schools that will vie for the national title.