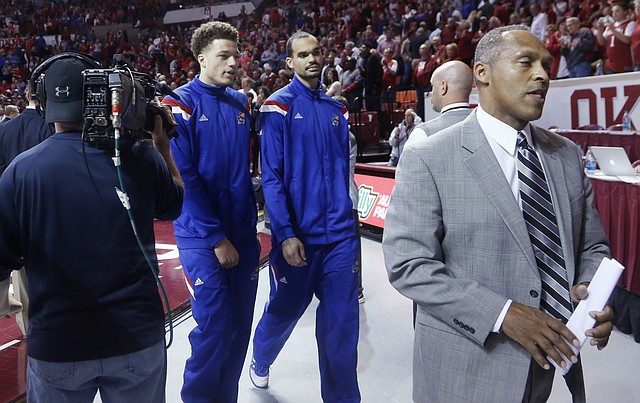 Forward expected to be near 100 percent by start of NCAAs

Kansas University junior forward Perry Ellis will wear a knee brace in practice and games the rest of the season to protect his sprained right knee, coach Bill Self said Monday.

Kansas University guard Brannen Greene was suspended for Saturday’s game against Oklahoma by coach Bill Self. Self also provided an update on junior forward Perry Ellis, who has a sprained right knee that kept him out of Saturday’s game.