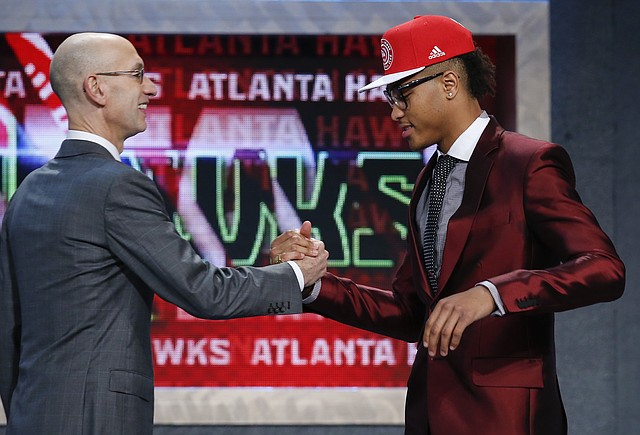 Former Kansas University guard Kelly Oubre, Jr., whose silver-spiked smoking slippers and maroon suit and slacks were all the rage at the 2015 NBA Draft, takes his fashion statement to the nation’s capital next season. By Gary Bedore

Kelly Oubre Jr.’s one season at Kansas University made him a top-15 pick in the 2015 NBA Draft. The Atlanta Hawks selected the 6-foot-7 small forward with the 15th overall pick Thursday night, in Brooklyn, New York.