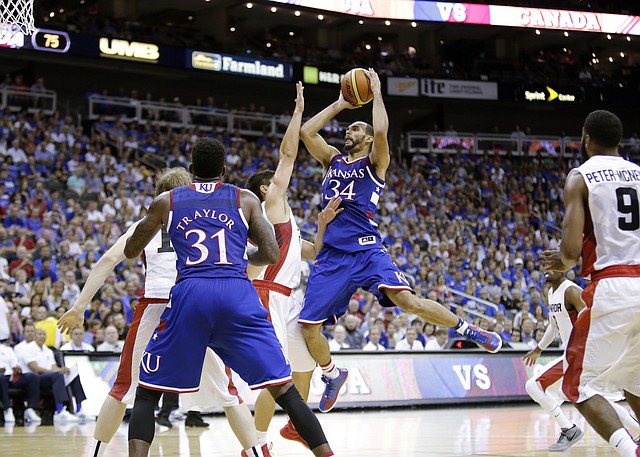 Perry Ellis was named to the preseason all-Big 12 team and Cheick Diallo freshman of the year today in a vote of league coaches.

It was just a sparring session in advance of a tournament that won’t budge the Kansas University basketball team’s 2015-16 record from 0-0. Consequently, heading into the night, it didn’t feel as if it meant anything. Then the players started diving for loose balls and exchanging the lead by answering clutch shots with clutch shots and it felt for a while as if the gold medal was at stake. Column by Tom Keegan